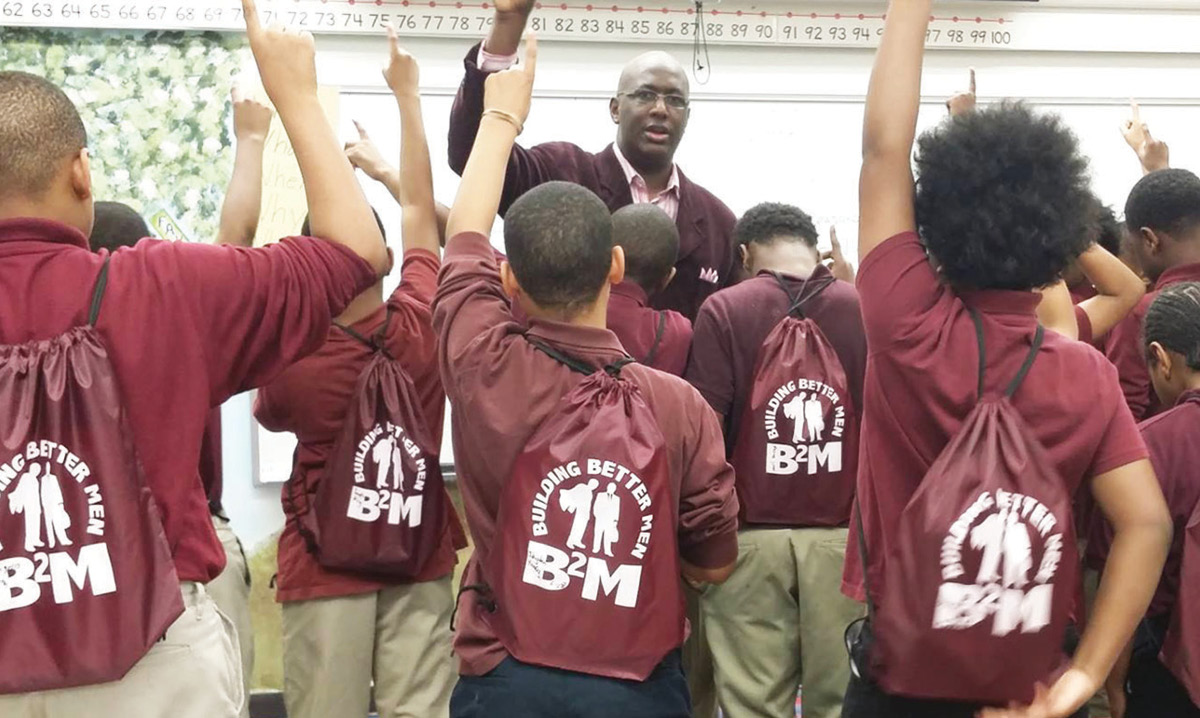 Group of young boys from Building Better Men raise their hands while looking at Odis Bellinger.

Odis Bellinger made himself a promise.

“I grew up not knowing my biological father and I knew how that felt. One day I told myself when I was able to get out of my neighborhood that I grew up in, that wasn’t the best, that I would come back and help kids that felt just like me,” the Detroit native says. “After graduating from college, I came home and fulfilled that promise I made to myself as a 12-year-old.”

Thirty years later, he’s still keeping his promise. Bellinger has helped more than 20,000 boys through his nonprofit, Building Better Men, the Detroit-based mentoring and leadership program he founded in 1991 for boys 8-18 in fatherless or absent-father homes. He’s even inspired other young men to start their own mentoring programs to help even more youth.

While he calls Building Better Men, also known as B2M, his full-time passion, he also works as a licensed counselor and is a nationally recognized Forbes speaker who talks about issues impacting Black and Brown males.

The program offers classes on topics that feeds boys’ social-emotional learning, he says. Over the summer, boys learned chess to practice patience, decision making and not acting on impulse, he says.

This September, Bellinger is launching “It’s Possible Mondays” that will feature leaders in the Black community to inspire the boys in the program and show them what their future can look like.

“To let young people know it’s possible to be successful despite any social-economic shortcomings,” says Bellinger, a dad of two.

At the same time as he is inspiring boys, there are ongoing conversations about race.

“We teach our young men to be proactive instead of reactive,” he says. “We are personally all for the Black Lives Matter movement, however, many of the changes that the community and organizations are making, I would like to see those be ongoing and support organizations like ours. And not by rhetoric, but by resources.”

Getting funding is an ongoing challenge, he says, adding he’s constantly looking for partnerships, resources and other ways to collectively make an impact.

Bellinger says he wants parents to see him as a resource, particularly for mental health issues. 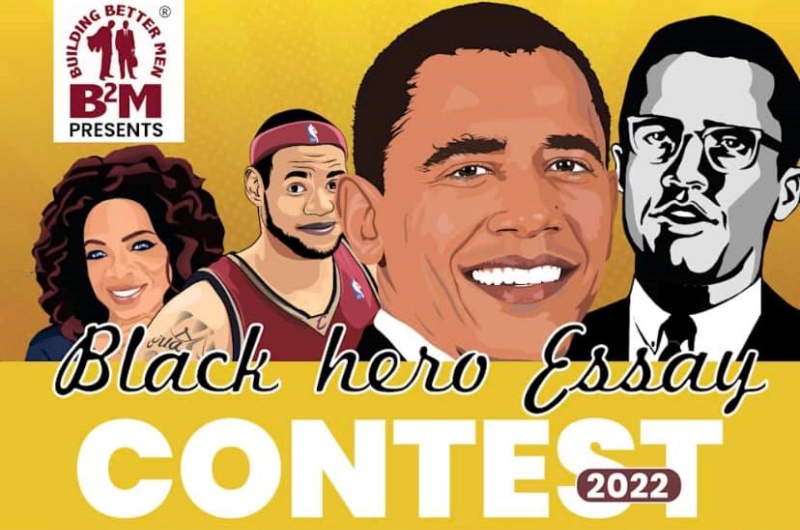 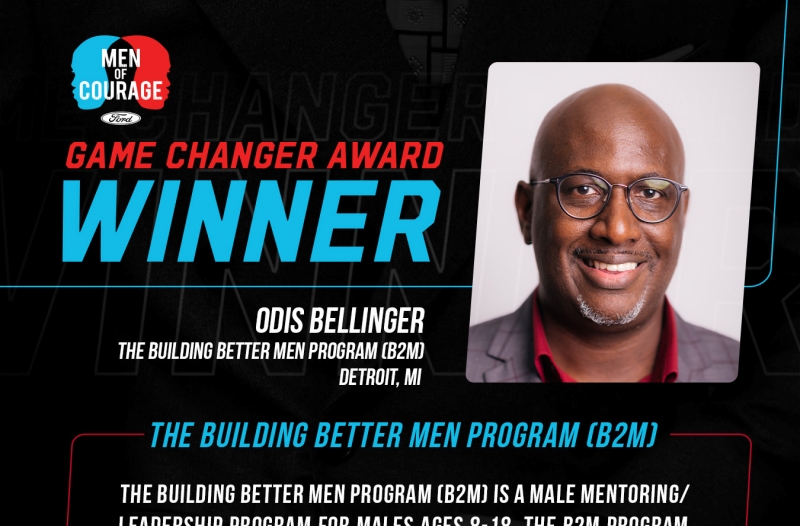